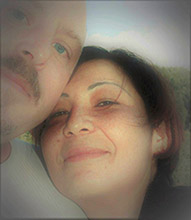 Katy de Mattos Frisvold is the Lady/Mistress of the Lilithian conclave Via Vera Cruz in Brazil. She is a visual artist and the co-founder and administrator of the project Espelho de Circe (Circe’s Mirror) aiming towards women finding greater inner strength and awareness, both in life as well as in magic. She is a Iyanifa of Ifa and a Mambo Asogwe of Vodou.

Nicholaj de Mattos Frisvold is an ethnographer and writer of the occult who has dedicated the last three decades in study and initiation of cults of sorcery, wisdom and cunning craft of both a European and African persuasion. 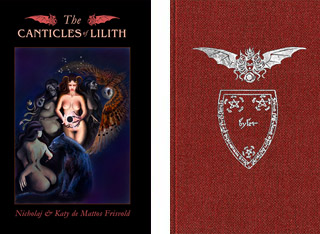 The Canticles of Lilith