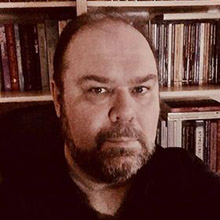 A.D. Mercer is a writer, researcher and professional psychotherapist with over thirty years’ experience investigating both the esoteric and the paranormal, primarily from a phenomenological perspective, examining phenomena as ‘lived experience’, free of supposition. Outside his professional publications in the field of psychotherapy, his occult works include ‘The Wicked Shall Decay’ and ‘Underground Gnosis: Occult currents in Dante’s Inferno’ for Three Hands Press. ‘Liber Coronzom’ and ‘Runen: The Wisdom of the Runes’ (1st ed.) for Aeon Sophia Press. Plus articles and introductions for Occult anthologies published by Three Hands Press, Aeon Sophia Press, and Anathema Publishing. Mercer is also a musician, composing ‘Dark Ambient’ electronic music, as well as the co-organiser of ‘The Nameless Arte’ annual occult conference in the UK. Mercer is additionally the producer of a number of internet radio shows for the Paranormal UK Radio Network, Including the ‘High Strangeness’ Factor’, where he can occasionally be heard discussing various aspects of the paranormal, often from an occult perspective.

A. D. Mercer talks about ‘Runa – The Wisdom of the Runes’ 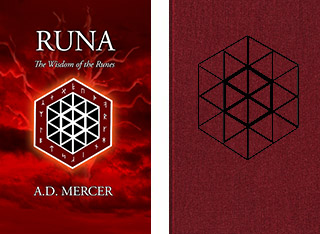 The Wisdom of the Runes