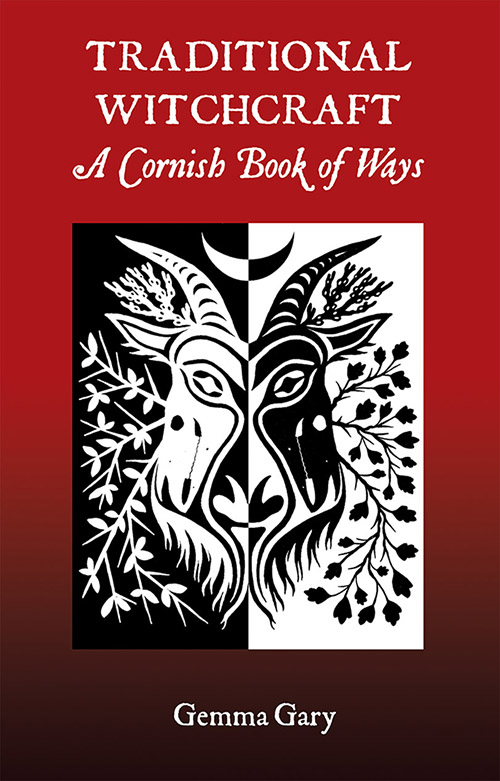 A Cornish Book of Ways

The much anticipated second edition of Gemma Gary’s exposé on the varied beliefs, practices, and powers of the Cornish Craft has arrived, and has been well worth the wait. If, like me, you have voraciously read and reread the first edition–with its pragmatic blend of historical authenticity & sincere innovation–the new and expanded material will not disappoint.

The manuscript has been largely reworked, with many new insights & tid-bits weaved in. Numerous sections have been fleshed out–particularly the Introduction, Bucca, and Compass-Round chapters. I had the benefit of rereading the first edition just a few weeks before the new one arrived, and found that many of my small-yet probing questions have been answered in the update. Her formulary includes new material as well, revealing planetary oil recipes that nicely complement the fumigations & powders listed. Gorgeous hand-drawn artwork birthed from the author’s hand spans the book, along with plenty of new photographic eye-candy inserts peppered throughout.

Traditional Witchcraft: A Cornish Book of Ways has been, and continues to be my favourite work on modern Trad-Craft available today. Like many other works in the field, much is alluded to, as it should be, but Gemma does not dance around the topics of interest. She provides an inviting feast of simple, easy to follow practical information whilst fully retaining the beautiful sense of haunting mystery that is currently drawing many new faces to the crooked path. Ms. Gary’s work provides a window into the spirited life of a modern Pellar that will be much appreciated by amateur and ace alike. 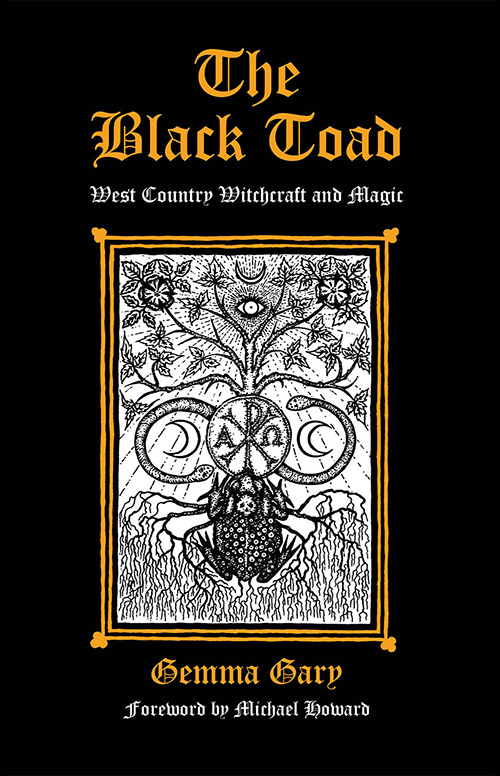 The literature of Traditional Witchcraft is, like many other fields, a hit and miss affair. For every gem we get a dozen dodgy histories and fantasy failures. Many of the books hawked under the sub-title “Traditional Witchcraft” are like the old pyramid schemes, they promise so much and, once bought, return so little. It was with this time-tested trepidation that I sent off for my copy of Gemma Gary’s “The Black Toad”.

Quite frankly I need not have worried, for a gem it certainly is. I’ve been aware of Ms. Gary’s existence on the traditional witchery landscape for a number of years now, mainly through her excellent Cornish Witchcraft website. After reading this book, it would not be unreasonable to assert something I had long privately suspected – that Gemma Gary is the real deal. She’s not a witch who does a few spells every month, or comes home from a managerial position at T.K Maxx and becomes a witch at the weekend, she one of the very few genuine, bonda fide witches left in England. Expect no mealy-mouthed thesaurus abuse or feel-good platitudes from this author. Her writing style is clear, concise and elegant, to the point and eloquent without being deliberately obscure or verbose, a trap many occult authors fall into in an attempt to impress on their readers that they possess more than two wicca-comatosed brain cells.

The illustrations, which I believe are Ms. Gary’s own handiwork, are evocative, atmospheric and wholly appropriate to the subject matter. They recall late medieval woodcuts without being merely crass imitations.

So to the book itself. As a long-time esotericist and catholic clergyman (sub-deacon), Ms. Gary won me over almost immediately in her introduction, on page 19 to be exact, with an affirmation so little heard in the world of witchcraft today: that Traditional Witchcraft did and does possess many Christian elements, that a witches clients were usually Christians themselves and that magical practitioners were more often than not dual-observers. For a serious minded traditional witch to write such a thing was music to my hears as both a “detached and distant academic historian” (ouch) and an occultist. Gemma acknowledges the fact that many witchcraft practices and associated folklore have pre-Christian foundations or elements, but never tries to sell you the whole “witchcraft is paganism” spiel you sometimes get from authors who claim to practice “Traditional Witchcraft”.

The book is divided into three neat, well thought out sub-categories; Old-Mother Red-Cap which deals with general magical protection, good luck charms and seership, Old Mother Green-Cap dealing with the magical and medicinal properties of various plants, tress and their associated virtues, and lastly Old Mother Black-Cap which instructs the reader in curses, blasting, weather witchcraft and so fourth. There is an excellent treatise on Circles of Power and the introductory section lays the groundwork for any magical operation. However, this book is most certainly a “how-to” manual if you read it correctly. Ms. Gary doesn’t seem to be writing for the absolute novice either, some of the working assume you have at last a passing prior knowledge of how such operations are conducted. To put it bluntly, all the necessary elements are there, but Gemma doesn’t hold your hand and lay out every single rubic and gesture for you, it is assumed the reader is familiar with these to some degree.

On the other hand, as a stand alone collection of charms and spells to be viewed from a purely historical perspective the book is equally valuable, I recommend any folklorist or historian with a passing interest in the folk-magical history of the West Country read this book. There are also several pages of photographs of witchcraft artefacts from both the Museum of Witchcraft and the authors own private collection which are educating and useful.

The use of Psalms, sigils and magical squares is a common feature of the book. All clearly and methodically explained by the author as to their virtues and proper use. The cursing and weather magic section is of particular note for its depth and unflinching honesty. Weather magic is a little discussed feature of modern witchcraft but was historically commonly associated with the witch – the ability to raise and calm storms, summon and stop rain, are all powers that were ascribed to the witch in the past. Gemma puts these powers firmly back in their rightful place amongst the witches arsenal. Unlike a lot of current authors on the subject, Gemma also provides you with a complete bibliography of sources, some of which I will no doubt be hoovering up for my own collection in the near future.

When reading some books on Traditional Witchcraft one often gets the distinct impression, especially I must confess from some American writers (apologies to my peers across the Pond), that they want first and foremost to impress you. They want you to know how deadly serious, non-wiccan and “hardcore” they are from the moment you set eyes on the title-page. I have always been very wary of this tendency in people, especially occult writers. Gemma Gary is not out to impress you, she is not out to plug for clients or to sell you a specific world-view. What she has done, is written a book of historical, time-tested magical practice and let it speak for itself, that is precisely why the book is so bloody good. Some sections of the “occult community” (a term I loathe) might have a few feathers ruffled by The Black Toad. It’s a book of uncompromising, historically actuate and eminently practical witchcraft. If you’re looking for a new spirituality or a feel-good factor philosophy with some “witchery” powdered on top, look elsewhere. To anyone else with an interest in English Traditional Witchcraft and folklore, I unreservedly recommend this book, you won’t regret it in the least. It is not particularly long at 140 pages including the bibliography and index, but it doesn’t need to be. I read the thing cover to cover in practically a day.

Yesterday I walked from my home to a little church 3 miles away in a wooded valley where one of the English Martyrs was executed for recusancy during the Reformation. I said the rosary as I went along, thinking about this book and how I was going to word this article. Going down a wooded lane on the way home, I was debating if I should write this review or not, if I was even qualified to do so. Just as I was wresting with these thoughts two magpies few out of a nearby tree and chattered past me flying from left to right, I took that as a good omen. And so here it is. I don’t pretend to have given you a blow by blow in-depth analysis of every chapter and verse. I don’t need to. As Michael Howard says in his forward, this book will be a revelation to anyone interested in practical Traditional Witchcraft.