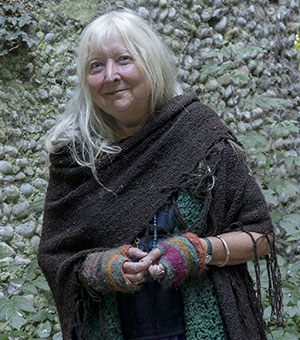 Val Thomas is a witch, a craftsperson, a herbalist and a teacher. For over a quarter of a century she has lived in Norwich, working with the magic of the land – its plants and creatures, its gods and its spirits – and exploring the ways of Norfolk’s Nameless Tradition of witchcraft and magic. During this time, Val has played a prominent role in the magical and Pagan community in Norfolk, helping to run public events, workshops and rituals and guiding many seekers upon the winding paths of the Quest. Val wrote her first book, A Witch’s Kitchen, in 2001. Since then she has written articles for The Cauldron, has a regular column about Norfolk magic in Quest, and another about magical herbalism in Pagan Dawn. Val’s “witch’s cottage” is full of wool, spinning wheels, plants, rescued animals, books and foraged craft materials. Although the years have turned her hair from black to silver, she remains as inspired by the magic as she was the very first time she stepped into that place between the worlds. 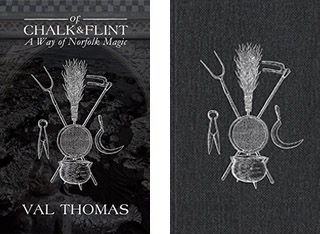 A Way of Norfolk Magic

Titles with other publishers:
A Witches Kitchen – Capall Bann