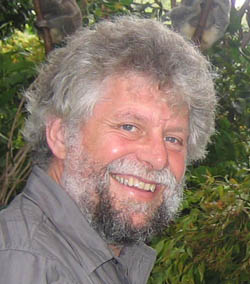 Graham King is the former owner and curator of the Museum of Witchcraft and Magic in Boscastle, Cornwall, most famous perhaps for its central place within the modern witchcraft revival, via its origins with Cecil Williamson on the Isle of Man and the involvement of Gerald Gardner.

From a young age Graham has held a keen interest in traditional folk music and dances as well as folk magic.

During a walk in the English countryside (one of his favourite activities) in 1996, he encountered and was made welcome by a group of travelling folk gathering to celebrate the ancient Tan Hill Fair. It was this encounter that set in motion Graham’s decision to leave behind the corporate lifestyle, leading to his purchase of the Museum from Cecil Williamson.

Graham made the 200 mile journey on foot to Boscastle, where at midnight on the 31st October that same year, the purchase was finalised. Graham and his team went on to develop The Museum of Witchcraft into one of Cornwall’s most popular museums.

Serving 10 years as an auxiliary Coastguard, it was Graham who raised the alert when the 2004 flood struck Boscastle leading to the incredible rescue operation which saved hundreds of lives; a role for which he was awarded the Chief Coastguard Commendation.

Troy Books is delighted to be publishing Graham’s first book – ‘The British Book of Spells & Charms’ which explores the wealth of traditional spells and charms of Britain’s folk-magical tradition, including those for good fortune, love, the healing of people and animals, curses and their removal, and acts of magic contained within traditional folk songs.

In writing this book, Graham has been ideally placed to draw upon examples and parallels within The Museum of Witchcraft’s collection and archives.

The text of ‘The British Book of Spells & Charms’ is complemented by numerous illustrations and photographs, drawing mainly from the museum’s fascinating collection of magical artefacts, and is Troy Books’ first title to be printed in full colour throughout.

Graham talks about his new book in the video below

Links:
The Museum of Witchcraft and Magic Boscastle

Title/s by Graham King:
The British Book of Spells & Charms 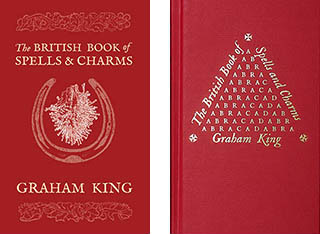 The British Book of Spells and Charms