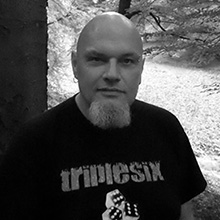 Wilmar Taal (1969) is in all regards a late-bloomer. Although he followed a course in parapsychology during 1988-1989, it would take until 1995 before he signed up for college education. The idea was to graduate on a cultural fringe subject, and in that regard he succeeded. In 2004 he became Master of Arts in Cultural Studies with a thesis about H.P. Lovecraft’s Necronomicon, titled: Necronomicon. From fiction to falsifying history. A study of a concept by H.P. Lovecraft.

College education was combined with a day job and a very bad marriage, which resulted in divorce six months before he graduated. After that Wilmar became active in the local music scene with bands like Triplesix, Midian and A Million Strong. In between he met the love of his life and married her in 2007. In 2011 he found a subject for a book, which eventually was published in 2014. He was then approached by the granddaughter of J.H.W. Eldermans to write a book about him. It resulted in his first English publication The Silent Listener. The Life and Works of J.H.W. Eldermans (2018). In 2017 Wilmar completed work on three more books which actually are one work in total: The Gnome Manuscript, The Gnome Grimoire and The Gnome Compendium due for publication with Troy Books, all based on the works of J.H.W. Eldermans concerning gnomes. Currently Wilmar is doing research for a book about Bob Richel.

Wilmar writes articles for Skepter, Paravisie, G-Geschiedenis and various other magazines both in print and online. He lives in Koog aan de Zaan, The Netherlands, with his wife, two children and a spoiled rotten cat.

About the idea that ancient astronauts have built the Dutch dolmens in the province Drenthe. The idea has been considered ridiculous, which this article emphasizes.
https://skepsis.nl/hunebedden/

Wilmar’s first book in Dutch. It concerns the saga of the Round House: an occult Pangermanic society should have been performing rituals on the Northern Veluwe. A study of how a saga takes shape and perpetuates itself.
https://wilmartaaldotnl.files.wordpress.com/2018/06/tweede-herziene-editie1.pdf

An introduction to ‘The Silent Listener – The Life and Works of J.H.W. Eldermans by Wilmar Taal 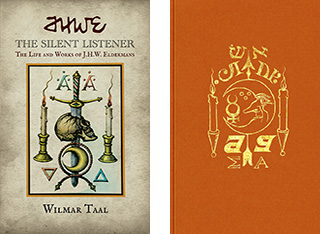 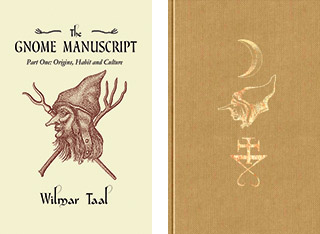 Part One: Origins, Habit and Culture